At Oculus, Jack designed and built the Oculus DK1 and DK2 virtual reality headsets, prior to the acquisition of the company in 2014 by Facebook for $2 billion. He holds numerous U.S. patents for inventions in software, audio effects, virtual reality, motion control, computer peripherals, and video game hardware and controllers. Jack was awarded a full scholarship to attend University of California, Berkeley where he earned a BSc., EECS in Electrical Engineering and Computer Science in 1986. He currently serves as an Innovator in Residence at Jacobs Institute for Design Innovation at UC Berkeley. Jack is pursuing new projects at his private R&D facility and hardware incubator in Livermore, Calif.

Jack was the Chief Engineer leading the hardware and intellectual property development for the GuitarHero franchise.  He was a key contributor in the acquisition of RedOctane by Activision, where he served as the Director of Research from 2005 to 2009. The Guitar Hero franchise has been called one of the most influential video games of the 21st century. The series has sold more than 65 million units worldwide, earning US$2 billion at retail. Guitar Hero is the 3rd largest game franchise after the Mario and Madden NFL franchises. The third title of the series, Guitar Hero III: Legends of Rock is also claimed by Activision to be the first single video game title to exceed $1 billion in sales.

Jack co-founded Oculus in July 2012, serving as Chief Engineer until 2015. He built fellow Oculus Co-Founder Palmer Luckey’s original prototype of the Oculus Rift into a working product for the company’s first Kickstarter campaign. Jack led the team that built and shipped the DK1, DK2 developer’s kits, and the Oculus Rift headset. He led production, designed the test equipment and managed the entire production and engineering teams until Oculus was acquired by Facebook.

Jack’s most recent R&D project is a vehicle which incorporates augmented features and a computerized display. The vehicle is a custom built, environmentally friendly super-car. The intent of the build is to explore enhancing driver safety and improve vehicle performance while being respectful of the environment.

Side view of injector stacks at rear of car.

Overhead view of Lola T70 with the rear bonnet open. 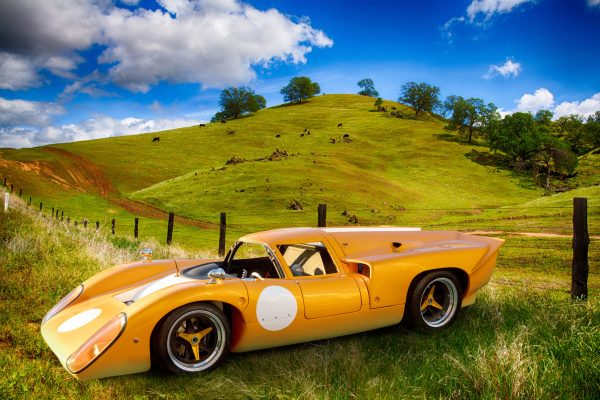 Jack is available to share his insights into a range of topics including automotive, the future of electric vehicles, AR, XR, AI, 5G, cybersecurity and more. Whether you’re a member of the media, a conference organizer looking for a stellar speaker, or a potential collaborator, please click the contact button below to connect with Jack.